Signore Verdi was a huge operatic and political force in Milano – and Signore Portaluppi was an outstanding architect – in Milano !

Walking tour with Marco our sparky Milanese guide – perfecto ambulare – lots of sights – and the world famous La Scala Opera House – Verdi, Rossini, Toscanini all made their debuts here – Nebucco, the chorus of the Hebrew Slaves – my first operatic love………

I (J) will not say how the local coat of arms features 3 testicles… dicky x 3 does not do justice – tricky dicky?

Testes is the translation of part of the family name … look at the shield on the left. 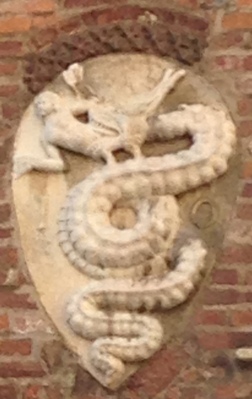 Part of Milan’s coat of arms … a viper eating the man that Visconti defeated .. he got the keep the coat of arms.  Alfa Romeo use it in their logo 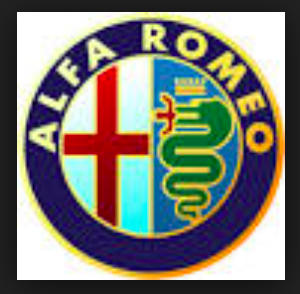 Chiesa di San Bernardino alle Ossa. Every wall of the chapel is lined with bones.

Skulls look like childrens, but people so much smaller then. Other bone decorated chapels exist .. should we seek them out? 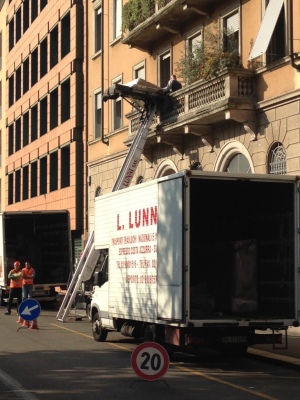 How to get a new mattress delivered to your apartment!

The old market place. It had a fun corner, well two corners, where you could whisper to each other.              If a merchant could not repay his debts, his assets were seized and then his trading desk was publicly smashed … broken bench = banca rotta. This word has been adopted in many languages.

This apse is actually only 90cm deep. The trompe d’ceil from the back of the church is really effective. Amazing what you can do when short of space.

Villa Necce is a 1930s Art Deco masterpiece – completed in 1935 under Fascist rule – unlimited budget for the architects – the only other place I have seen such luxurious inlaid wood was the Talitha G (Sarah) super yacht ! Coffee and off to Metro M1 and bus 72 (long wait) back to Chardonnay for a K supper cooked in her new pressure cooker – best invention since sliced testicles – whoops sliced bread ! Sorry Marco !

The house had lots of innovative firsts: the pool was heated, so it was placed ostentatiously outdide the dining room window. The dining room walls were cream goat skin panels … I kid you not! 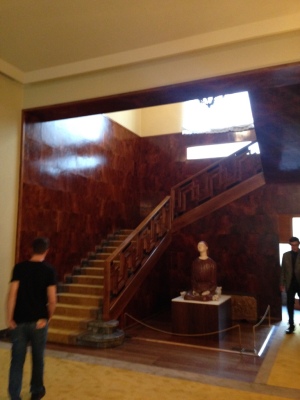 Bus and Metro in .. we have become adept at the Public Transport now and purchase our all day ticket for EUR4.5 the day before.

First stop the Duomo Piazza where they were raising funds for feeding Africa.

Then onto the Poldo-Pezzoli Gallery.  A private collector whose collections should still be intact fully were it not for the building’s near obliteration in 1943.  We are sure what we saw was special.  Old pictures up showing how the rooms looked in P-P’s day … these were actually more interesting than most of the exhibits … are we Philistine?  Perhaps little was to our taste?

… now. Think we are entitled to be disappointed.

K did like this a lot … the widow commissioned this when P-P died to depict grief.

Metro up to the main train station.  We particularly wanted to see this as it is another Fascist era build … very imposing height, columns and huge entrance … all designed to make people feel like ants. 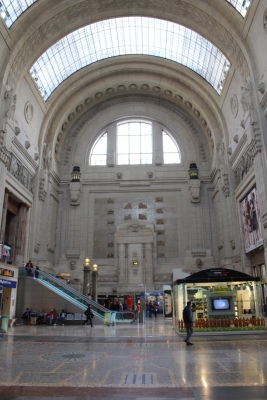 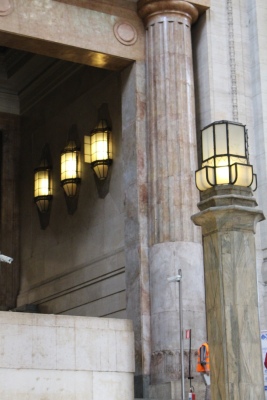 Pirelli Tower: a law had to be rescinded so that it could be built higher than the Cathedral. A model of the cathedral’s Madonna is on top, but not visible.

New M5 tube line onto Monumentale Cemetery.  Marco the guide of yesterday had recommended it.  We often walk in cemeteries, but had never seen anything on the scale of this one – vast and so opulent.    Officially opened in 1866 to replace many smaller cemeteries, it has since then been filled with a wide range of contemporary and classical Italian sculptures, such well as Greek Temples and elaborate obelisks designed by renowned Italian artists. 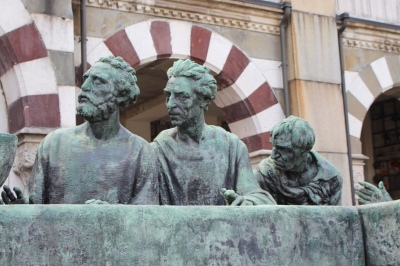 The Disciples faces were all different and so real 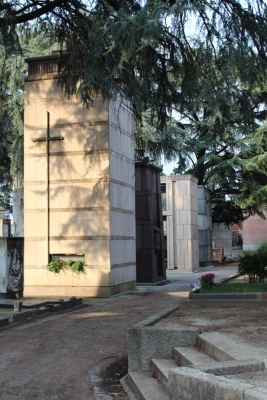 the effect of the monuments is like mini sky scrapers

A montage of some of the headstones. The money that has been spent here …

The main entrance is through the large Famedio, a massive Hall of Fame-like Neo-Medieval style building that contains the tombs of some of the city’s and the country’s most honored citizens, including that of novelist Alessandro Manzoni – on all school reading lists as he wrote the first novel in what is now Italian back in 1820 and then spent the rest of his life revising it.

We both wanted to see the Cathedral, K’s choice was the Science and technology Museum and J’s was La Scala.  Huge crowds in the main Piazza and La Scala shut for a long lunch, so we headed for the Science Museum.  En route we were battling against the flow of the crowds and K had to stand still and shut her eyes … Maddy – I so know where you are coming from!

Science and Technology Museum:  Largest in Italy, housed in an old monastery so the building is interesting and opened in 1953 to showcase Leonardo da Vinci.  The main section is about his drawings which have been recreated as models.

The museum also has sections about metals, jewellery, solar system, trains, planes and boats etc.  A really excellent museum … except NO CAFE!  Just some vending machines and poor signage .. it took us about 15 mins to find bag lockers. 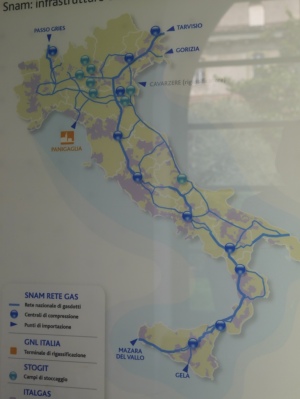 Gas pipelines across Italy … fairly clear where the industrial wealth is situated!

A HUGE train. check out the size of the wheels alone!

A train put onto ships!

Did you know Eros is made from an old aluminium tin can? 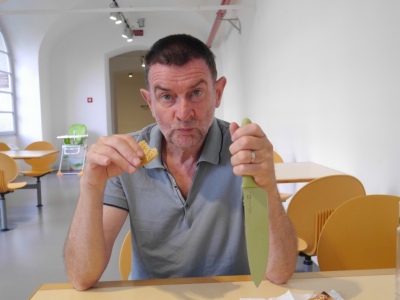 We got through museum and Duomo security with this whopper … the KNIFE. Still munching our way through the 6 kg of apples we bought. 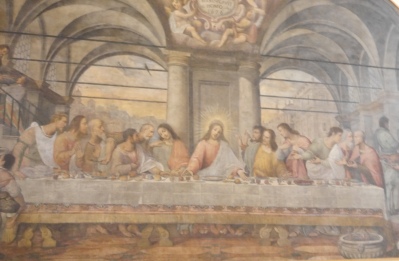 We did not pre-book to see da Vinci’s Last Supper and it would have been expensive for a timed 15 min viewing .. and as he did not paint onto wet plater fresco style, it degraded in his lifetime. It has been much restored and purists argue there is little left of HIM. This is a fan’s copy – next best thing!

Da Vinci drawing and model to show how man could self propel to fly. 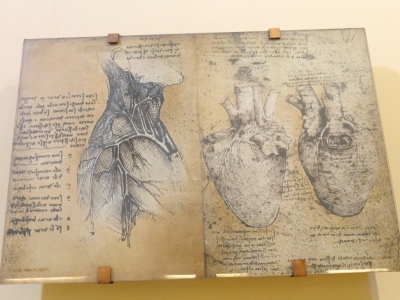 He had a very curious mind. As well as pulling apart every existing technology, he dissected a lot of animals (and humans – dead) to work out how the body operated. 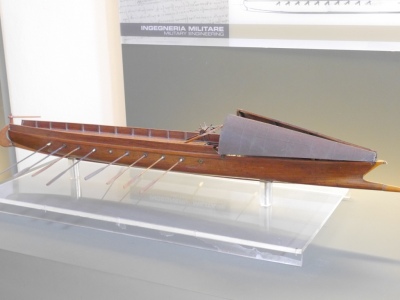 He moved around Italy a bit and seemed to be an expert on war mechanisms. This is a speed ramming boat.

La Scala:  there is museum attached, but we whizzed through – just wanted to see the auditorium really.

The bar area, but no drinks served at present.

Many boxes. Originally used for meals and gambling … pretty small.

The auditorium. It was destroyed during WW2, but well documented, so was restored as it had been. Acoustics are apparently phenomenal.

Pizza and Wine Break on the Duomo Piazza:  People watching whilst listening to a busker who had brought his own piano :).

As we sat the light changed the colour of the stone

Quick tour of the museum – lots of statues … not sure if these are the originals or copies.  Fortunately the cathedral owns the quarry so can replace and repair.

No architectural drawings and it took about 400 years to build. They followed the plan of this wooden model: no glue or nails. 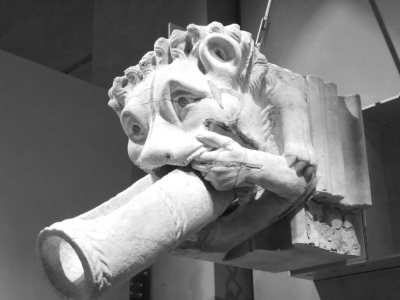 Then up onto the roof.  I had been up a long time ago and remembered this as the high light of that short trip.  But this time, we paid extra and caught the lift! 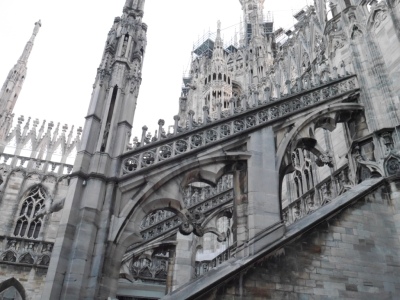 Such detailing up so high – the architect must have intended people to view from the rooftops. 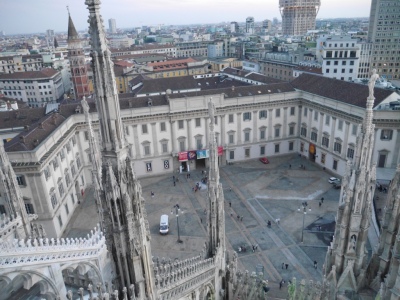 Looking down to what was the royal palace and now houses the Duomo Museum.

Some odd modern sculptures right up top! The Duomo has been described as ‘Dripping Up’ .. so many spires. Something like 3,600 statues!  The gold on the right is the main spire with the Madonna. 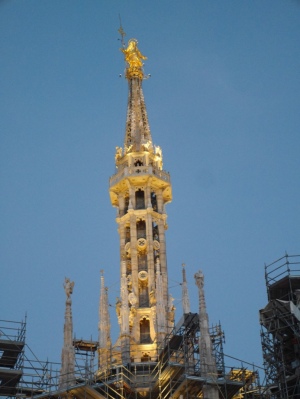 A closer Madonna.  Apparently a lot of Milanese, both boys and girls, are called Marie. 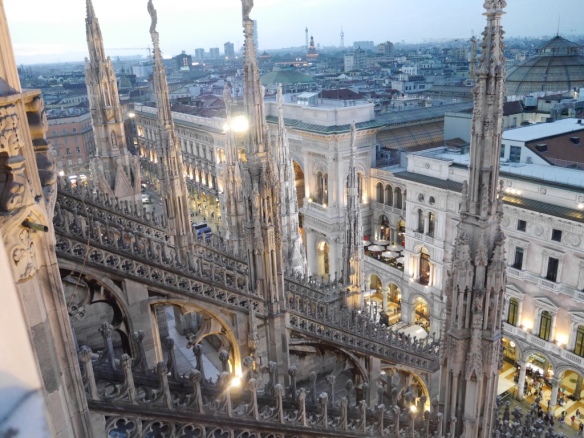 A view down towards the entrance of the posh mall. 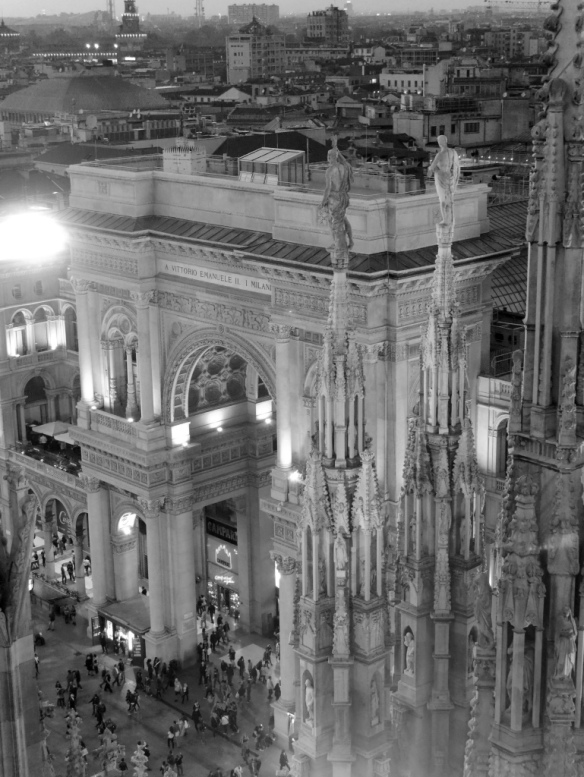 Hope he does not stay still too long … he may become a statue!

The attention to detail was just amazing!

Back on the ground … the main entrance door.  Two small marks on the door from war shrapnel … amazingly spared.

Stroke the leg for luck … both in J’s case!

We were too late to go inside … but hey, it will have to be another place we come back to!