We took time to meet up with Peter and Jan – whom I have not seen for 25 years!  The years have been kind to us …?  They insisted that we stay in their house, showed us around part of Glasgow, gave us lunch, dinner and breakfast. We relived our times at the London Marathon – see pics below – running and post-race celebrations – magic years including our times in Jordan… We will keep in more regular contact – friends are special…

The Old School museum is rather special – huge thanks to you, Peter and Jan. 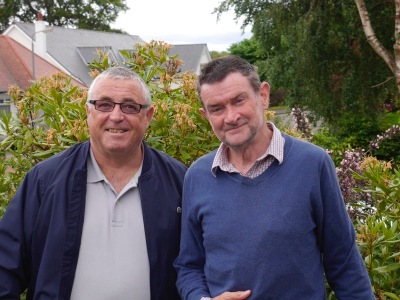 Now you see them NOW – Peter and James … 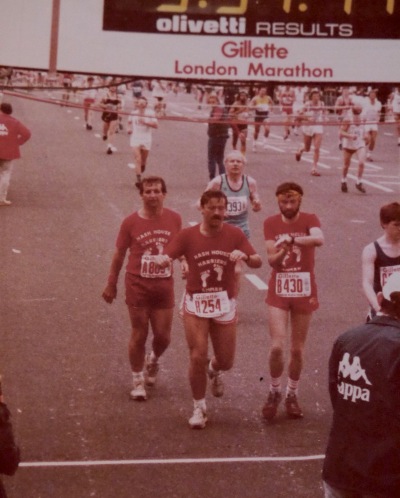 … Now you see them THEN.  Typical James – checking his time as he crosses the line. 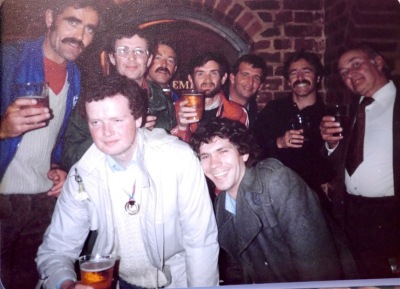 Post Marathon celbrations … but who is that young man in the foreground slightly worse for wear.  Would that be my upstanding citizen brother-in-law?! 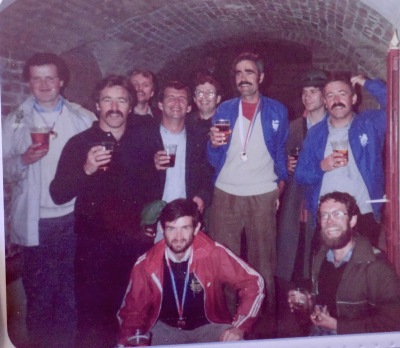 J has been warned off a shell suit revival! 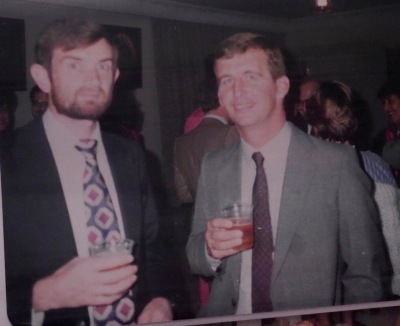 Such sartorial elegance …. from the man on the right! 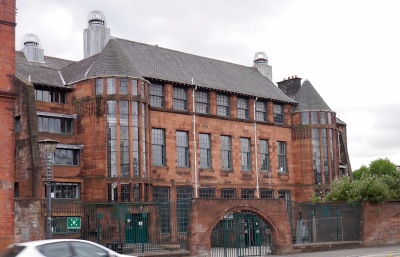 Charles Rennie MacIntosh’s Scotland Street School.  Opened in 1906 and only closed in 1979.  MacIntosh played with light and colour … the curved glass and brick stairwells let in loads of light.  He must have been bit of a bugger as his plans were approved by the School Board, but he submitted more complex plans to the builders, which led to some interesting discussions when the Board found out. 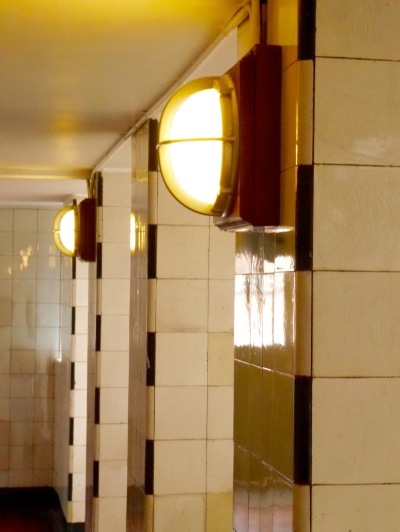 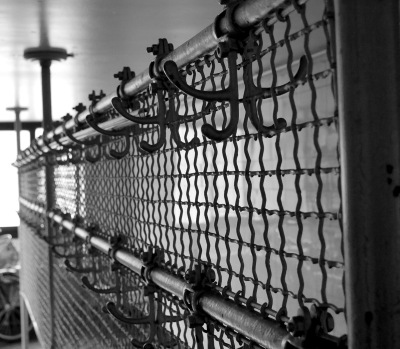 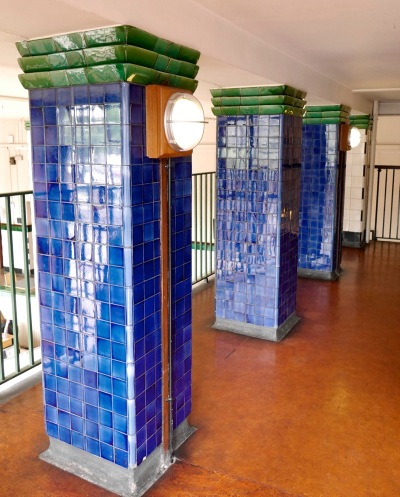 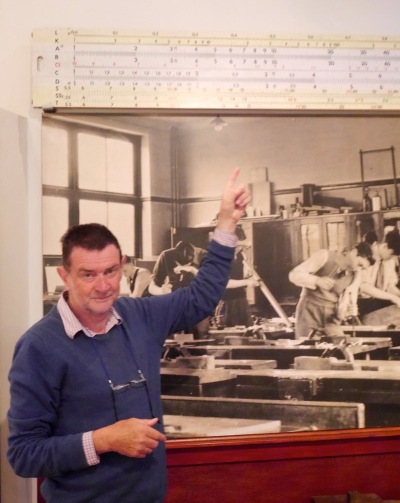 Now you’re showing your age … a slide rule that J used in yesteryear to calculate the wages!

Motoring up sedately towards Glencoe, we were amazed at the large numbers of motorhomes on the roads – August will be even busier. The Caledonian Canal is another example of Thomas Telford’s Scottish genius – UK engineering in the 19th century – 19 years to build -60 miles from coast to coast! We may walk/cycle parts of it… 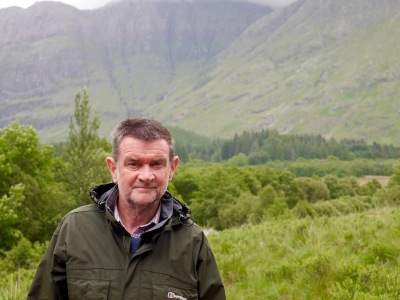 Out the back of the Glencoe Visitor Centre … damp and misty. 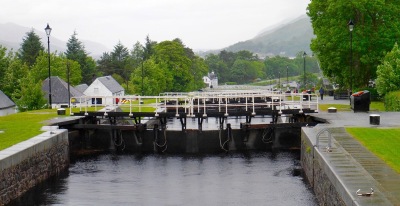 Near the start of the Caledonian Canal, Neptune’s Staircase, which climbs 64ft in less than half a mile through 8 locks. A Thomas Telford project to link west with east:  60 miles, joining Lochs Ness, Oich, Lochy and Linnhe.

Our overnight wild camping spot by the shore of Loch Lochry – quiet except for the rain and wind – we are warming to wild camping in Scotland…the weather will improve? A well known quotation “There is no such thing as bad weather in Scotland – merely inadequate clothing!”  We are reminded that this time last year – we were in Nordkapp – 1 degree C and howling wind!  Nothing like as cold or blowy James!  But we are reminded of Norway by the sheer number of Motorhomers overnighting in lay-bys etc.  We were one of 5 last night.

I am surprised at how much of the Scottish Gallic I can read due to it’s close similarity to Irish Gaeilge ! 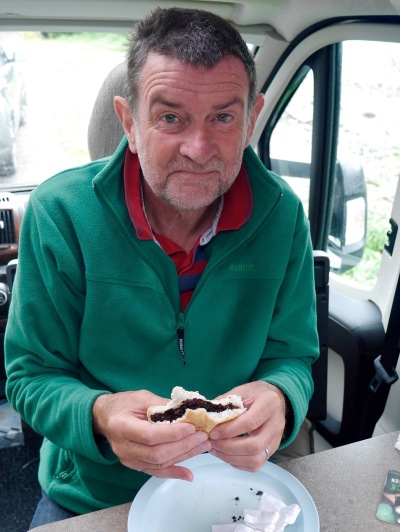 We were put onto Stornaway Black Pudding by Jan and Peter … J spotted the breakfast bap from the burger van in our overnight parking and HAD TO have one.  But James, haven’t you already eaten breakfast??? 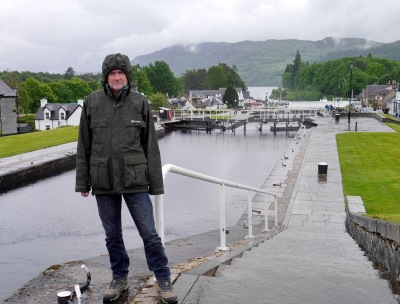 Damp and misty at the Caledonian Canal locks in Fort Augustus. 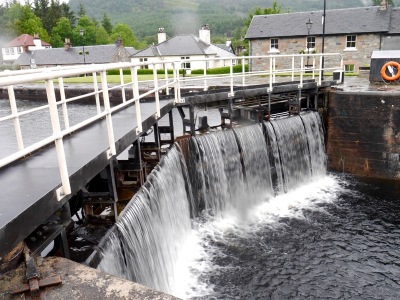 Second set of locks and we’ve yet to see any boat traffic! 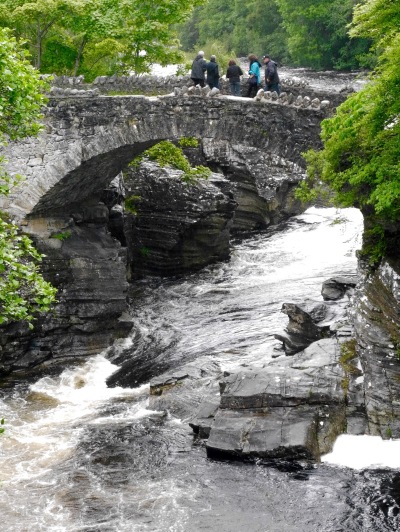 A Thomas Telford bridge at Invermorriston. 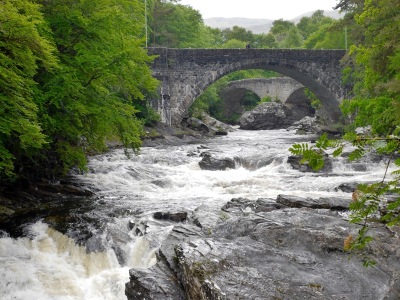