51. Monday and a Travel Day

James ran for the second day on the trot … yeah!  Tidied up and collected the dry bedding and rest of the laundry.  Thankfully, the Laundry Room on the site had a warm drying room with lines strung across.  All facilities used:  we both showered (don’t know when our next might be!), emptied toilet and grey waste and full tank of fresh water.  Massive shop for us at the supermarket for staples such as water and juice – three massive bags full and only £72 … one does get used to looking at prices and budgeting … honest!  First lot of hail, yes the big cold lumps that come out of the sky!.  This is June right!

Ready to leave Helsinki.  We have both really liked it as a city … not too big and easy to get around and orientate.  However, it lacks some of the interest of Stockholm and Copenhagen – it only became the capital in 1812 and then was massively developed.  So the architecture generally has cohesion and the water makes it very attractive, but it misses out on the Royal Palaces and long history of some other capitals.  Worth 3 -5 days visit, if any of you are looking for destinations

We were definitely ready to leave the campsite. Chardonnay stayed on site 11 nights, James 7 and Katherine 5 nights.  We risked becoming soft and institutionalised (constant electricity from the hookup / hot showers on demand) had we stayed.

Drove to Porvoo:  2nd oldest city.  Sounded interesting as distinct districts … old town with wooden houses, red brick built warehouses from sea trade and the Empire area, developed under Tsar Nicholas I.  However, the Heavens opened as we arrived and dropped more hail on us.  So we lunched in Chard, and the hail kept coming.  Abort Porvoo.  Drove through the old town, up a random cobbled street to the Cathedral (Church really) on a hill.  And the skies cleared for a moment, so we were able to get out and take a look.  Very pretty and heated! 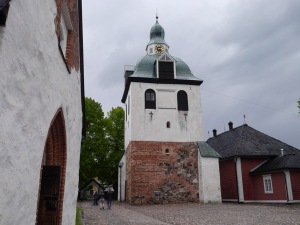 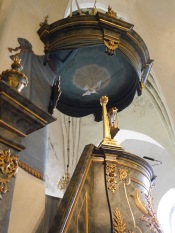 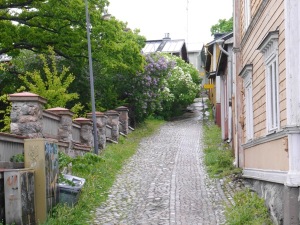 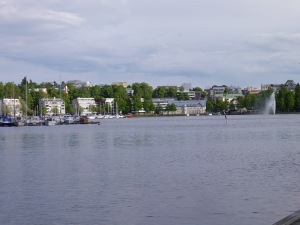 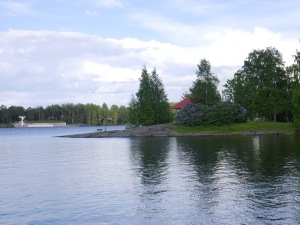 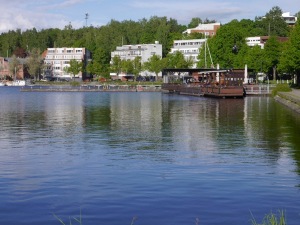 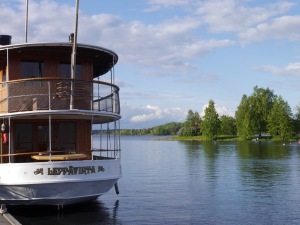 Views across the lake 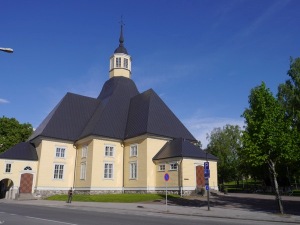 Laapreenranta marina (we like marinas !) overnight – and at crack of dawn – well, 0900 hours – young James went off for a run – 3 days running in succession!  2 slow miles along the waterfront past some good sand sculptures – but for those SouWesteners – Weston-Super-Mud has little to be worried about… 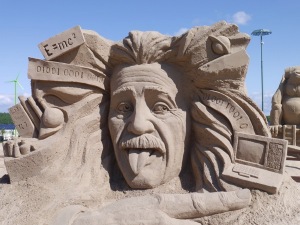 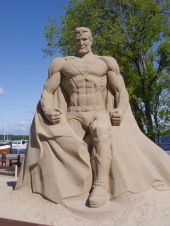 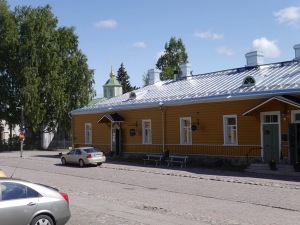 K+J went to admire the sculptures and then toured the Laapreenrantra fortress.  Like others of the genre, mostly craft shops and galleries – but quite tastefully done.

Good ship Chardonnay set sail for the Saimaan Kanal that has 17 deep locks from Saimaan Lake to the sea through Russia.  We cycled – Lady K was determined to bike it to Russia….  The spanner in the works (bad pun) was that James’ saddle was maladjusted – by a factor of 10-ish.  Technically speaking – it was sticking upward and impacting on the Crown Jewels!   With each downward stroke, a jewel was being squashed, technically speaking…  Enough of the cyclelogical gobbledegook!  We paused occasionally to watch massive tankers navigating the locks – once in the lock, you couldn’t fit a Crown Jewel between ship and dock wall.  After about an hour, James’ affected areas had turned a delicate shade of eau de nil! Time to abort Russia for now…. 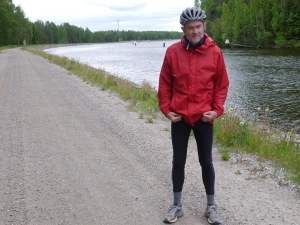 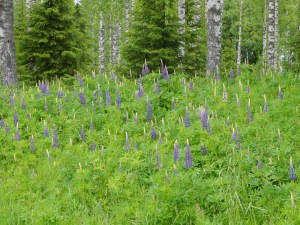 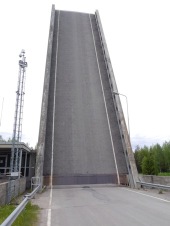 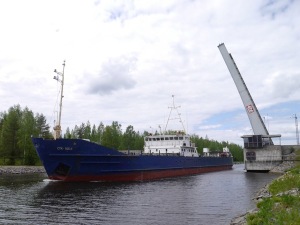 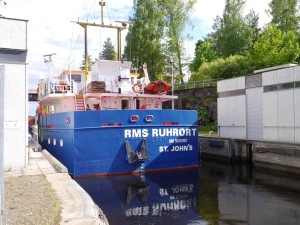 Overnight and BBQ in the Kanal carpark – one Swedish motorhome parked also.  J’s anatomy returned to normal, assisted by some gin – K rubbed it on the, em, thingies… No photos.