Our drinking buddies had mentioned the Dolomites and K remembered Nicky used to climb here and both she and Bron had described them as stunning.  It seemed a sensible route to travel through Italy and onto the Lakes.  It took a while to leave Slovenia … like it had some kind of hold on us.  We had all Chardonnay’s services to do, a big shop, including a bike seat cover as K’s punctured gel saddle kept sticking to her bum, diesel and the LPG took a while as well as the pump needed re-setting – patient garage attendant.

Eventually we crossed a border point on a small road:  tiny, one bend and we were through.  No questions about migrants / refugees here.  By this time Sally was showing 8.30 pm as arrival at Cortina, so we bit the financial bullet and paid £8.80 in motorway tolls.  Ian (drinking buddy) had said he thought the Cortina Sosta (motorhome parking) had shut so we stayed a a superb FREE one just south of Cortina, and arrived in time for drinks!  Managed to dry out the awning too from the previous day’s downpour. 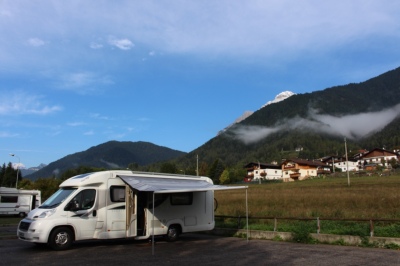 Slowish start and delayed by the chat to a lovely Aussie couple, who had bought a 30 yr old van in Britain and were doing a year in Europe.  They were only 21 and 23 and so much more together than we ever where at anything near this age.

Arrived in Cortina and found somewhere to park; had to pay!  Cortina is very posh!  Saw a LOT of very expensive cars.

Not one Porsche but two! Must have seen about a dozen.

Cortina is nestled in the middle of some of the most stunning mountain scenery.

Looking for the TIC and J enquired in one of the posh frocks shops and the lovely lady even rang to find out which office was open still at midday.  We passed lots more designer shops and yes, Bron, shoe shops, but managed to not dive inside!  Helpful TIC:  the lake we wanted to walk up to was shut due to snow, suggested another lake with a sosta, suggested a cable car and chair lift to get views and a walk … oops .. J allergic to chair lifts, so she suggested another mountain with only a cable car!

Pix can do the talking and it was hard to identify which ones to include in the blog. Passo Falzarego and the Lagazuoi Cable Car. 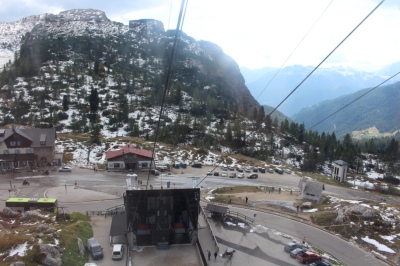 Setting off in the cable car

Getting higher and J now in the centre of the cable car checking his shoe laces!

Can you actually see the car park down there? 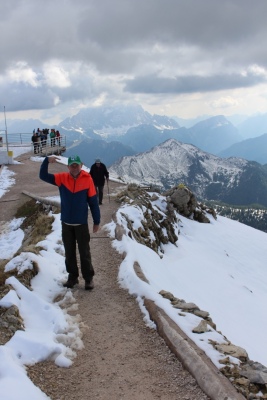 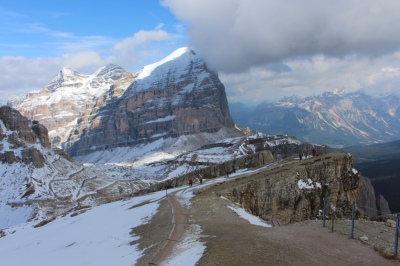 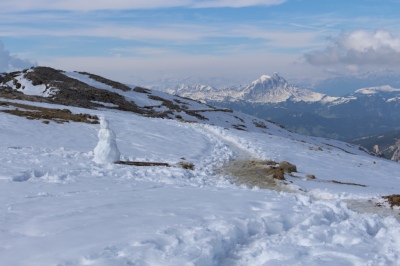 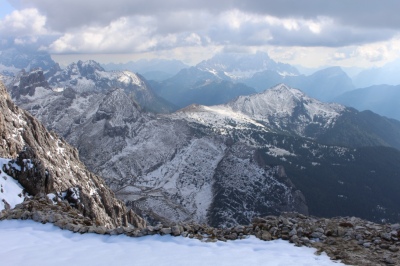 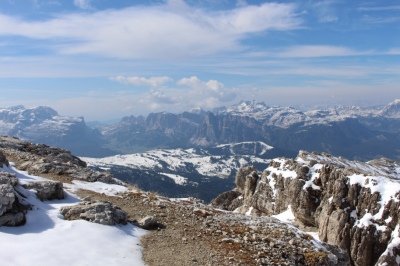 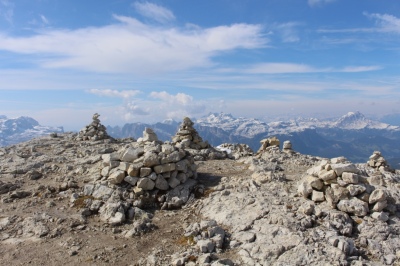 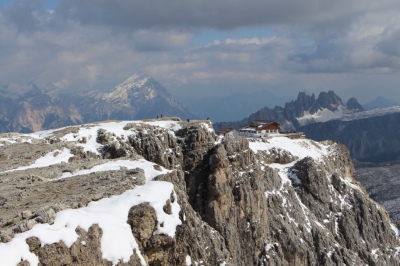 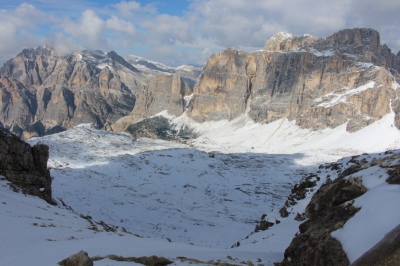 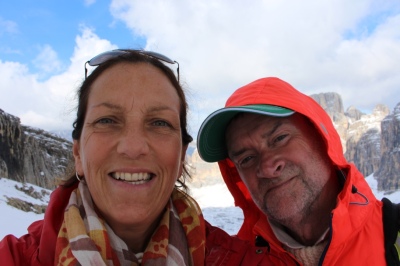