After Oscar’s feline stare-off – an honourable draw in footie terms… we Panda-car’d on to the monastery of Gouvemetou – using K’s agnosticism (she went Sunday School!) to swiftly tread past the ‘no dogs’ sign – anyway they’re children, not just K9s.  The path down was mostly well paved and steep – past the ‘Bear Cave’ and on to the older ruined monastery – massive arch bridge – the pre-16th century scaffolding contract must have been very lucrative…   Once we found the next path, the scrabbling commenced – bums on the rocks – K vetoed one of my bum pics!  Not a photo of my bottom you realise…. “Does my bum look big on this rock?”  Move on James!   Down to the gorge bottom (can we avoid the bottom theme, please?) and the path was easier – Corry was goatspotting – a lot like train spotting but with goats on tracks – no, she wasn’t wearing a duffle coat…  Back on the lead, young lady!

Another great picnic perched on the rocks above the pirates cove. Before the return ascent, I attempted the Zorba happy dance (we watched the film last night) – crashed and burned, readers!!! 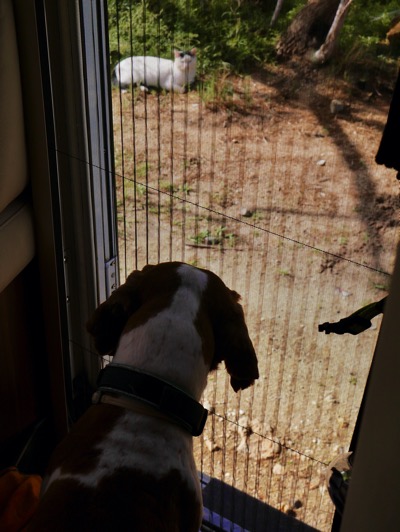 We’d overnighted next to a wild cat feeding station … this little puss was not going to be intimidated by the Oscar fixed stare!

Monastery Gouvernetou:  reachable along several km of lonely road.  Dated 1573, it looks more like a fortress than a monastery.  To start our walk we followed the gated and flowered path, which clearly stated ‘No Dogs anywhere on the monastery grounds’ … I had my agnostic arguments ready!

The expansive view from the saddle as you leave the gardens. 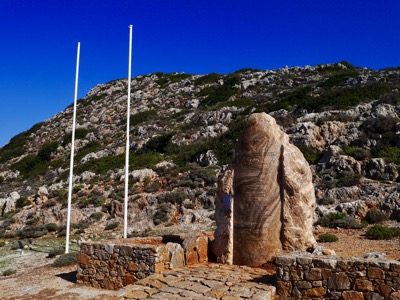 Bear Cave … a dripstone one.

Inside were cathedral sized columns of stalagmites and stalactites. 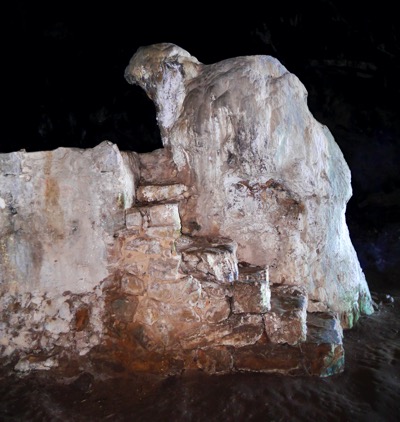 And massive stalagmite that is supposed to resemble a bear … more like a bearded St John, I think.  The steps lead up to a cistern …

… But where has Corrie gone?  James investigates the faint whimpers … 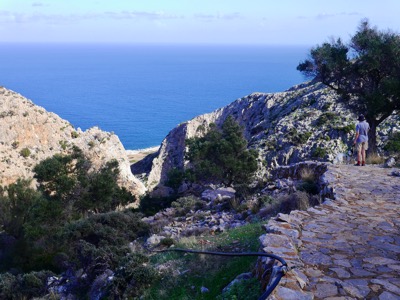 The walk led down to the ruins of the original Monastery Katholiko.  Abandoned due to the frequent raids from pirates who game up the gorge from the sea.

Monastery Katholiko, with a rock chapel. 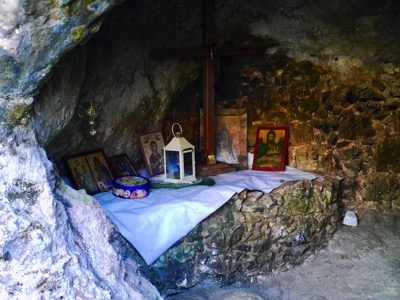 St John the Hermit’s Cave … yes another one.  He apparently died in this one. 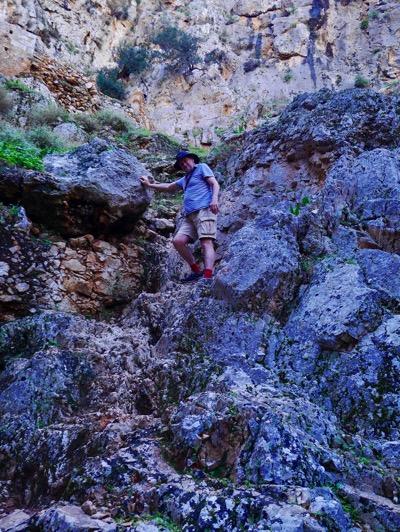 The descent down into the gorge … the only difficult part of the walk. 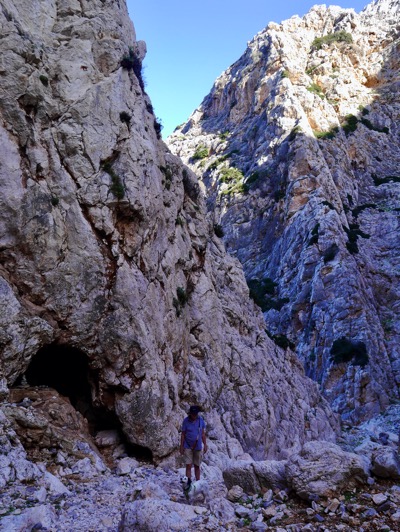 The pirate landing place and our picnic spot, before the return ascent.

Having watched Zorba the Greek last night, as we are parked up where his famous dance at the end was filmed, James’ cup flowed over, and he enacted his own happy dance … 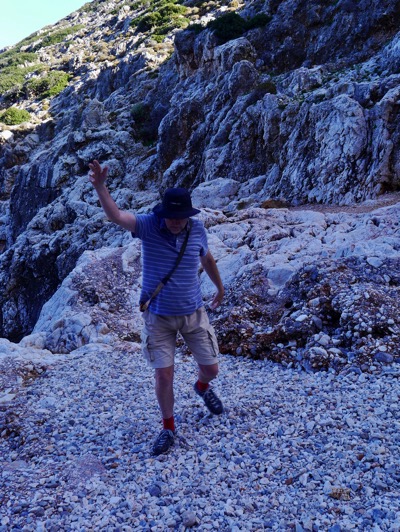 … or is that dad Dancing moves?